How Often Do You Need to Water Succulents? 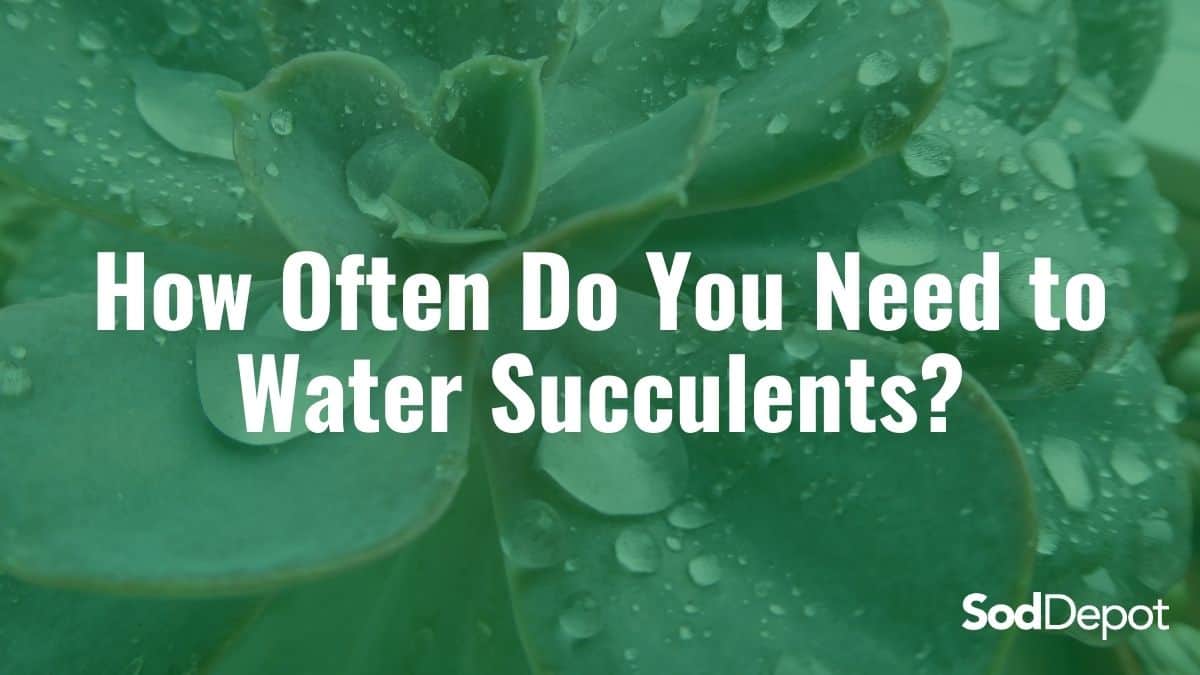 Some succulents are native to deserts, and it is believed that they do not need water as much. Do you need to water your succulents? Some people say that succulents don’t need a lot of moisture, but others will argue that they should be watered every few days. In this blog post, we’ll discuss what type of succulent you have and how often you should water them!

You should also be careful when watering succulents so that you don’t over-water them – but rather just moisten the soil around their roots instead of giving them a heavy dose of liquid from above (which can easily cause root rot).

These are some additional things that could affect how often you need to water them:

If the succulent is in a larger container, it will be able to retain more water, so it might not need watering as often. Succulents in smaller containers or pots will need to be watered more often.

The Type of Soil

Succulents that are planted in cacti soil will dry out faster than succulent plants resting on top of a bedding and require more frequent watering (every few days). Planting succulents into a tray with gravel is one solution for this problem–they’ll absorb the moisture from below when they get thirsty!

If you want your succulent plants to grow faster, use an all-purpose fertilizer once every month while watering normally during those periods too.

If it’s the spring or summer when it’s warmer out, most succulents will need to be watered more often because they are growing at a much faster rate. When it’s cooler out, succulents tend to go dormant, so they don’t need as much water.

The succulents’ location can also affect how often they need to be watered–if they’re indoors near a window or outside in the full sun, chances are less succulent plants will dry out quickly and may need to be watered more often. Succulents located inside away from windows or on shaded patios might not get as much light, so they may not dry out as quickly.

If you live in a humid climate, succulents are going to need less water than succulents in dry environments. This is because the humidity is caused by moisture, so they will be able to maintain more of it naturally.

If it’s hot outside–over 90 degrees Fahrenheit–succulents will require more frequent watering as their leaves cannot take heat very well and they will dry out faster. The temperature does not have as big of an impact on succulents that are indoors or in shady areas, so they may be able to go without water for a little longer.

The Type Of Succulent

Different types of succulents require different levels of watering–for example, the soft-leaved varieties need less moisture than the hardy kinds. And if you’re growing your own plant from cuttings (especially ones with roots), it might still need more frequent watering until its established itself firmly into soil and has grown enough leaves to conserve much-needed moisture.

Sod Depot has a large selection of succulents in Orlando. We’re here to help you pick out the ones that are best for you. Visit us at one of our locations or shop online today!